Buying steak from the butcher vs supermarket

The debate as to which is better, a butcher or the supermarket has been going since the first supermarket opened back in 1930. Since then, people from both sides of the argument have pushed their opinion forward and there is still no sign of a resolution. In the end, you have to buy the steak that’s right for you. But is there a big difference between butcher steak and supermarket steak?

We aren’t going to tell you where to buy your meat from but we are going to outline why we think a butcher is a better source for meat than the supermarket.

The first reason to buy from a butcher has nothing to do with the meat and everything to do with supporting a local business and supporting the high street. Butchers are becoming more and more rare and we need to preserve the good ones that are left.

Most butchers don’t use any of those. They don’t need to. They know exactly where their meat comes from. They can trace every aspect of the animal back to the farm and that farm will likely be within a few miles of the shop.

The supermarket supply chain is very good at what it does but it is designed for efficiency and mass appeal. Steak will be cut and packaged in a factory and will sit on the shelf until someone buys it or the date runs out. A butcher will often cut your steak while you watch or will have cut them that morning.

Unless you’re going for aged steak, that freshness will be noticeable when you taste it and is something no supermarket can compete with.

A good local butcher competes better on price than they used to. They have to now and it is something many quality butchers have managed to do well. You will likely pay a little more than in a supermarket but, like free range chicken or eggs, paying a little more results in a higher quality product. I would rather spend an extra pound or two and know my steak is top quality than go for the cheapest possible packet on the shelf anyway!

Supermarkets will analyse what cuts sell best and not stock those that don’t sell. That can mean cheaper or less popular cuts don’t appear in your supermarket. Your local butcher will usually deal in whole animals and be able to provide any cut you want. They also have the expertise to suggest cheaper cuts or alternatives to more popular or more expensive.

Not everyone has the time to visit a butcher instead of buying steak at the supermarket, but if you do, it’s a trip well worth making and something I think you won’t regret once you try it. 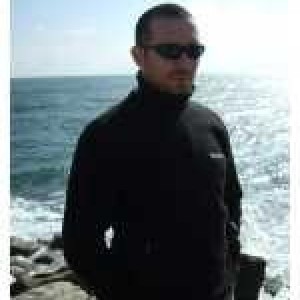